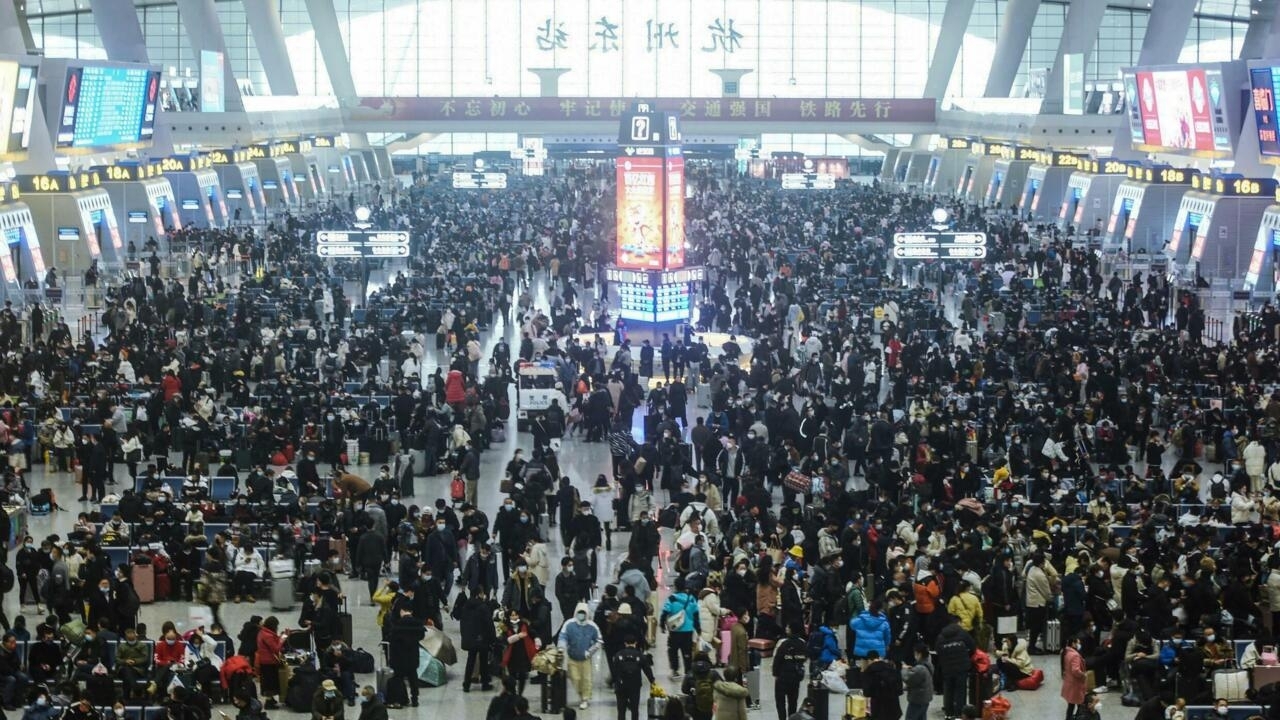 Despite Covid, it’s home or bust for holidaymakers in China

Shanghai (AFP) – The pandemic prevented Chen Hainan, a schoolteacher from Shanghai, from returning to her hometown to reunite with her family during the past two Lunar New Year holidays, but even lingering virus problems and repeated Covid testing won’t hold her back this time. .

Chen, 30, has to have her nose or throat swabbed a total of five times to ensure return to eastern Zhejiang Province and back.

“I had no intention of returning home this year either. But after thinking that I hadn’t been back for two years, I decided this year to go through all the difficulties,” he said. she declared, preparing to leave in the bustling district of Shanghai. station.

Of all the disruption caused by the pandemic, the inability to return home for the New Year has caused perhaps the most widespread heartache in a country that has otherwise largely brought the virus under control.

In normal times, hundreds of millions of people – migrant workers, students and just about anyone who works away from their hometowns – take buses, trains and planes early every year as part of the largest human migration annually in the world.

Known in Chinese as the “Spring Festival”, this holiday is by far the most important in China, often the only occasion each year for workers to see husbands, wives, parents or children.

But the pandemic, which first emerged in the city of Wuhan just as the 2020 travel rush was heating up, ruined that year’s vacation, and the number of travelers during the 2021 iteration was less than half of its usual level due to ongoing Covid anxiety.

This year, Chinese authorities are once again discouraging travel, with China at the forefront of the Omicron variant, and strict pandemic control measures are in place nationwide to help prevent the Olympics from taking place. Beijing winter from February 4 to 20 to become a mainstream event.

Some provincial governments are expressly asking residents to stay put, coastal manufacturing zones are offering migrant workers financial incentives not to travel, and a storm of mandatory testing and other measures are acting as a deterrent.

But not everyone heeds the message.

As the Year of the Tiger dawned on Tuesday, media reports travel bookings have rebounded this year and Shanghai Railway Station has pulsed with thousands of departing travelers every day this week.

This poses a dilemma for a government that is always wary of potential social unrest among its massive population and has been forced to balance security with home appeal.

At a regular coronavirus briefing by the National Health Commission on Saturday, officials criticized the overzealous application of pandemic measures at the local level.

“Some places still do not allow people from low-risk areas to return to their hometowns, forcing them to pay for centralized quarantine,” said Mi Feng, a spokesperson for the commission.

“It triggers a strong reaction from the public.”

The commission told local authorities not to “arbitrarily ban people” from returning home, “so that the masses can enjoy a healthy, happy and peaceful Spring Festival.”

But it will be another homesick holiday for many in Beijing.

Due to the Winter Olympics, citizens of the capital are facing perhaps the greatest pressure not to leave, as well as uncertainty over when they will be allowed to return to the tightly controlled city. .

“We will stay in Beijing during the holidays because we are afraid of being sidelined from the city if there is a virus case in our hometown,” said Joanna Feng, an architect from Wuhan.

“Of course, grandparents like to see their grandchildren for New Years, but we will be traveling after the holidays.”

A spokesperson for major Chinese travel platform Ctrip said last week that the company’s data indicated that “staycations” and short trips were the most popular booking types this year, far from the gigantic deluge of humanity to all points of the country observed in normal years. .

He didn’t return home to Henan province last year and doesn’t want to go on vacation without seeing his beloved grandmother – or risk a trip elsewhere.

After reports of Tom Brady’s retirement, his camp says not so fast – NBC Chicago