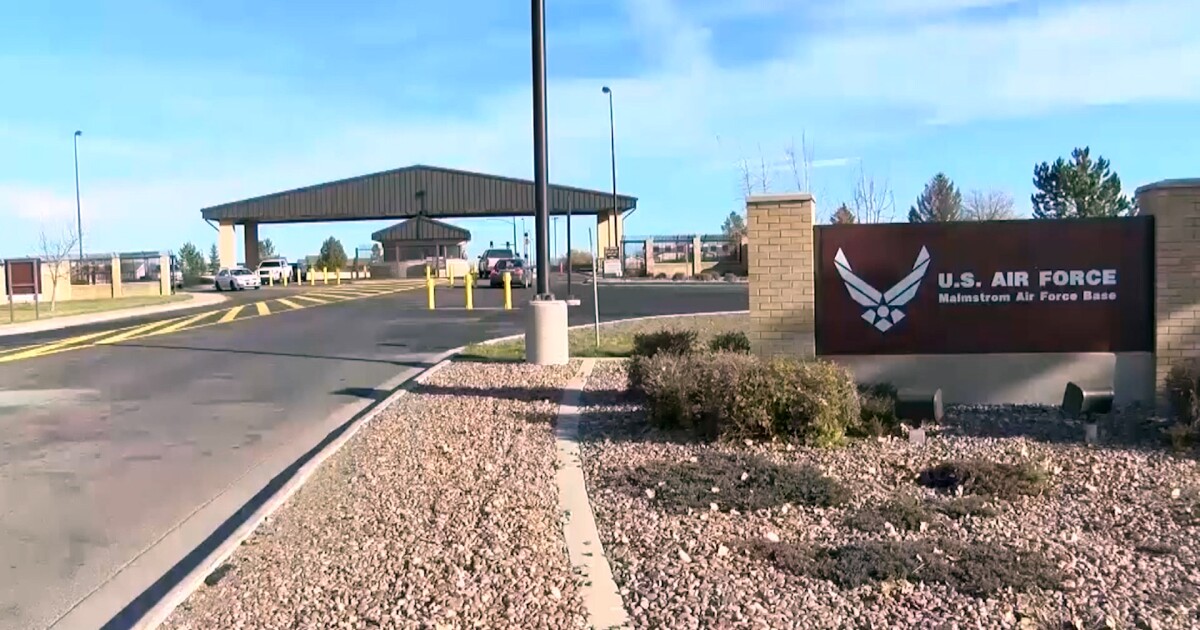 LEWISTOWN — The U.S. Department of Defense is planning a massive, multi-year project that will have significant impacts on Montana — upgrading nuclear missiles scattered across the state.

Earlier this month, the ministry published a detailed draft environmental impact statement for the deployment of the Ground Based Strategic Deterrent project, or Sentinel. It will replace the aging Minuteman III intercontinental ballistic missile system.

The draft EIA provides the clearest look yet at the scope of the work, which will take place in seven western states. It includes the complete renovation of the 450 existing missile launch facilities, the construction of two dozen new missile warning facilities and 62 new communications towers in the missile fields overseen by Malmstrom Air Force Base, Minot Air Force Base in North Dakota and FE Warren Air Force. Based in Wyoming.

The 341st Missile Wing at Malmstrom is responsible for 150 launch facilities – the unmanned silos where the missiles are located – and 15 missile warning facilities – where military personnel monitor and operate the system. They are spread over a 13,800 square mile missile field that covers parts of eight counties: Cascade, Chouteau, Fergus, Judith Basin, Lewis and Clark, Meagher, Teton and Wheatland.

Russell Bartholomew, project manager at the US Air Force, said work would start in Warren before starting in Malmstrom, so construction is still several years away in Montana. He said it could start around 2025, with the construction of several new facilities on the base, before moving to the other locations.

“There is going to be considerable activity,” he said.

Current missiles will be moved to Malmstrom one at a time, before being shipped out of state for decommissioning. Existing facilities will need to be upgraded to be ready for the new missiles.

“All 150 launch facilities will be refurbished and made like new,” Bartholomew said. “The existing 15 missile warning installations – eight or more of them, up to all of them, can be renovated and replaced.”

Bartholomew said that in the future some of the current MAFs may be unmanned, but the earth will remain part of the system.

Additionally, crews could build up to 1,200 miles of “utility corridors” connecting the various facilities. Bartholomew acknowledged that part of the project could have the greatest impact on the general public, and he noted that leaders are exploring options to reduce the number of new corridors needed.

To support the project, leaders are planning two “workforce hubs,” one in Great Falls and the other in Lewistown. Each will be approximately 50 to 60 acres in size and will include accommodations, restaurants, medical and recreational facilities for the work crews. Between the two sites, they will accommodate more than 2,000 temporary workers, including up to 3,000 at the height of construction.

State Sen. Dan Bartel, R-Lewistown, said local leaders have already started conversations with the Air Force and their contractor, Northrop Grumman. He said he believes the project will have benefits for the regions he represents — including contributing dollars to the local economy — but it’s important that everyone plans ahead for the start of construction. works.

“It could be a huge benefit to Lewistown and the surrounding community,” Bartel said. “Like all communities, we have housing issues, but if we get ahead of the game, we should be able to resolve those housing issues and work with Northrop Grumman when they come to town.”

Bartel said he hopes they can put in place permanent infrastructure for the Lewistown Workforce Center, so that when the work is complete it can be converted for community use – whether it whether it’s housing or something else.

The Air Force will be accept public comments on the draft EIA until August 15. They will also hold in-person public hearings on Tuesday, July 26 from 5:30-8:30 p.m. at the Mansfield Center for the Performing Arts in Great Falls, and Thursday, July 28 from 3-6 p.m. pm at the Central Montana Fair in Lewistown.

If you cannot attend a hearing in person, you can register online for one of two virtual hearingsset for 4:30 p.m. MT on August 8-9.

“We are here to communicate early and often,” he said.

He said they can already point to one way they’ve applied public feedback in their plans: considering downward-facing lights at launch facilities due to concerns about the impact on “dark skies.”

Both Bartholomew and Bartel said they were optimistic that the military and the public could be on the same page before work began.

“The Air Force is a partner in the region as much as the people who live there,” Bartholomew said. “We’ve been here for 50 years and plan to continue to be there for another 50 years, so we want to make sure we’re planning properly to consider the impacts of such a construction project.”