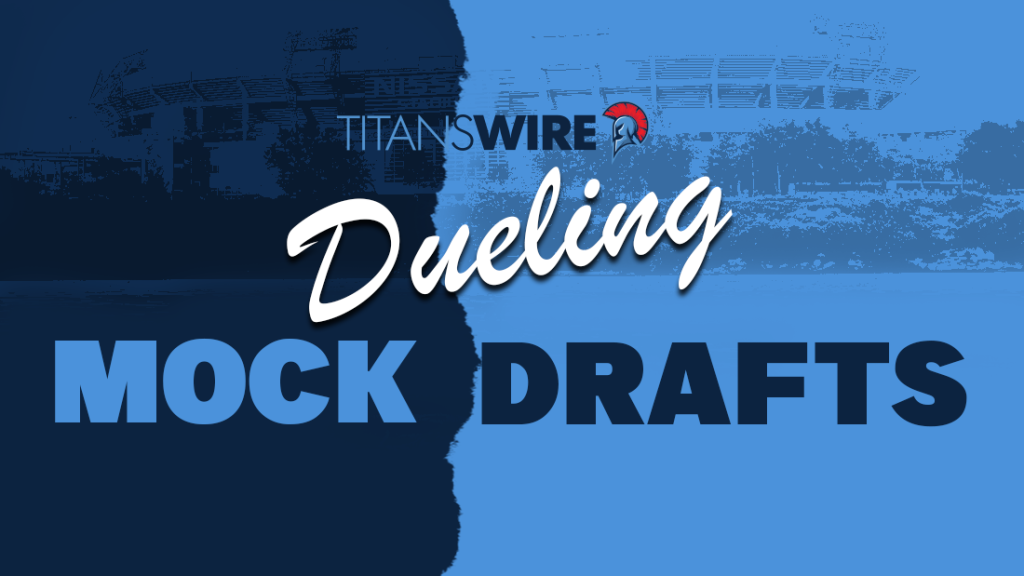 With my first two picks, I wanted to give the Titans more firepower on offense. The addition of Chris Olave gives the Titans a terrific line-up on the scale, with AJ Brown and Julio Jones.

Olave is one of the finest road runners in this draft class. His ability to create separation will give him a strong chance to translate quite seamlessly into the professional game. Ideally, Olave could start the year as the No. 3 receiver while slowly transitioning into the No. 2 role as the season progresses.

I then went with extremely versatile and experienced Coastal Carolina tight end Isaiah Likely. His addition will be a crucial part of a tight end squad that needs to be completely rebuilt this offseason. Probably consistently produced at a high level as a run blocker and pass catcher throughout his college career.

I then opted to start the final day of the draft weekend by getting some help along the interior offensive line in the form of Alec Lindstrom. The Boston College product is a technician who excels as a run blocker with timing, angles, positioning, hand technique and footwork. In pass protection, his ability to frame blocks, stay square, maintain his hand adjustments and his understanding of protection patterns will give him a shot at the next level.

My next pick went to a low risk/(possible) high reward quarterback. Bailey Zappe produced at a ridiculous rate throughout his college career. He started at Houston Baptist before transferring to Western Kentucky for his senior year, where he broke the FBS record for passing yards (5,987) and touchdowns (62).

Zappe likely projects himself as a high-quality quarterback at the next level, but he has enough talent and potential to warrant his selection at this point in the draft.

I then went with an accomplished four-year-old starter on the defensive side of the ball in Round 5 to continue adding depth along the Tennessee front line.

Eyioma Uwazurike can play both inside and outside and used that versatility to produce a career high last season in sacks (nine) and tackles for loss (12).

My draft ended in Round 6 with a primary focus on Special Teams. My first pick of the round went to SEC Co-Special Teams Player of the Year, Velus Jones Jr. The Tennessee product was one of the most electrifying comebacks in all of college football.

Jones Jr. finished his college career as the active FBS career leader in kickoff return yards with 2,973 yards and an average of 24.4 yards per kick return. His explosive skill in the rematch is something the Titans craved.

My final draft pick was to fix Tennessee’s inconsistent kicking issues. Titans kicker Randy Bullock was a breath of fresh air from the kicking production of the previous two seasons. Unfortunately, he’s limited when it comes to pure leg strength, which ultimately robs the Titans of a possible 3 points whenever they’re over 50 yards away.

That’s why I concluded my draft by selecting arguably the best kicker in this class, Cade York.

The old Tiger certainly ticks the box for a precise and strong leg. York made a school-record 15 field goals from 50 yards or more during his time at LSU. York infamously became a Tigers legend in 2020 when he scored a school-record 57-yard field goal in heavy fog to upset the then No. 1. 6 Florida Gators.

FRP Holdings: many free options and insiders own 35% (NASDAQ:FRPH)