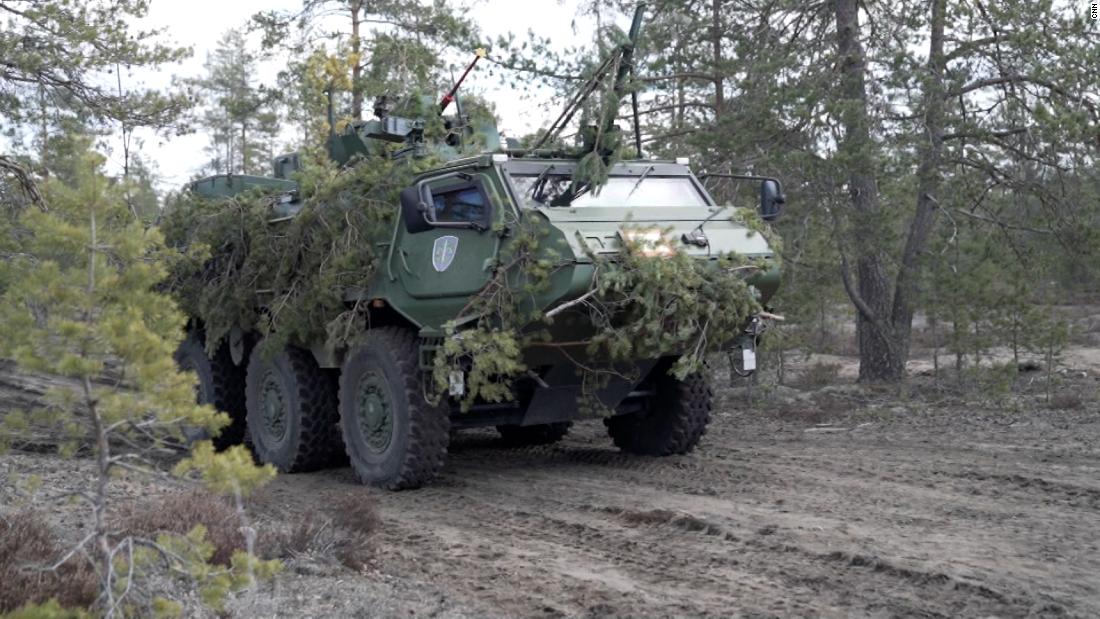 By William S. Archambault Last updated May 13, 2022
Share
The declaration of support for NATO from President Sauli Niinisto and Prime Minister Sanna Marin was expected, after the Finnish government recently submitted a national security report to the country’s parliament which outlined the way forward to join the alliance. as one of Finland’s options.

Later Thursday, the Russian Foreign Ministry said the Finnish statement marked a “radical change in the country’s foreign policy” and warned against countermeasures.

“Helsinki should be aware of the responsibility and consequences of such a decision,” the ministry said.

Finland’s possible NATO membership would cause serious damage to Russian-Finnish bilateral relations, which maintain stability and security in the northern European region, the ministry said.

“Russia will be compelled to take retaliatory measures, both military-technical and otherwise, in order to put an end to threats to its national security that arise in this regard,” he said.

Also on Thursday, Kremlin spokesman Dmitry Peskov said Finland’s membership in the alliance would not contribute to more security.

“As we have said many times before, NATO enlargement does not make the world more stable and secure,” Peskov told reporters. He added that Russia’s reaction would depend on NATO activity near its borders.

“It will depend on what this process of expansion will entail, how far and how far from our borders the military infrastructure will move,” Peskov said.

The spokesman added that Russia will analyze the situation with Finland’s entry into NATO and work out the necessary measures to ensure its own security.

Peskov also told reporters on a regular conference call that: “Everyone wants to avoid a direct confrontation between Russia and NATO: both Russia and NATO, and, more importantly, Washington.” . He added, however, that Russia would be ready to give “the most decisive response” to those who tried to get involved in the country’s “special military operation” in Ukraine – the Kremlin’s official euphemism for the war of Russia in this country.

Since the Russian invasion of Ukraine in February, public support for NATO membership in Finland has risen from around 30% to nearly 80% in some polls.

The move would require the approval of Finland’s parliament and the removal of any other domestic legislative hurdles, but NATO Secretary General Jens Stoltenberg said the country would be “warmly welcomed” into the alliance if it applied. to membership.

“I welcome the joint statement by President Niinisto and Prime Minister Marin supporting an application for NATO membership without delay,” Stoltenberg said Thursday, according to his office.

“This is Finland’s sovereign decision, which NATO fully respects. Should Finland decide to apply, it would be warmly welcomed into NATO, and the accession process would be seamless. smoothly and quickly. Finland is one of NATO’s closest partners, a mature democracy, a member of the European Union and an important contributor to Euro-Atlantic security,” he said.

The NATO chief said he agreed with Niinisto and Marin, “that NATO membership would strengthen both NATO’s security and that of Finland”.

Finland’s western neighbor Sweden is also expected to soon announce its intention to join the alliance through a similar process.

Russia has previously warned both countries against joining NATO, saying there would be consequences.

European diplomats and security officials widely assume that Finland could join the alliance quickly once negotiations begin, as it has been buying compatible military equipment from its Western allies, including the United States, for decades and responds already have many membership criteria.

Finland’s NATO membership would have both practical and symbolic consequences for Russia and the Western alliance.

Since the end of World War II, Finland has been militarily non-aligned and nominally neutral to avoid provoking Russia. He sometimes indulged in Kremlin security concerns and tried to maintain good trade relations.

The war in Ukraine, however, has shifted the calculus enough that NATO membership now seems the best way forward, regardless of Russia’s reaction.

European defense officials who have spoken to CNN in recent months assume that NATO countries will offer certain guarantees regarding Finland’s security during the accession process, in case Russia retaliates before it formally joins.

On Wednesday, British Prime Minister Boris Johnson announced new security pacts with Finland and Sweden, pledging to come to the aid of either country if either came under attack.

Finland has always had high defense spending and still has a policy of conscription, with all adult males eligible for military service. It is widely recognized among NATO officials that Finland’s membership in the alliance would be a significant boost in the fight against Russian aggression due to the seriousness with which the country has historically treated its own security. .

It also shares more than 800 miles of border with Russia, which is significant because the Kremlin said before invading Ukraine that it wanted to see NATO return its borders to where they were in the 1990s.

Instead, President Vladimir Putin’s scheme could result in a stronger NATO coming together.

Retiring in the USA: How Much Money Should I Save and Which States Cost the Most?