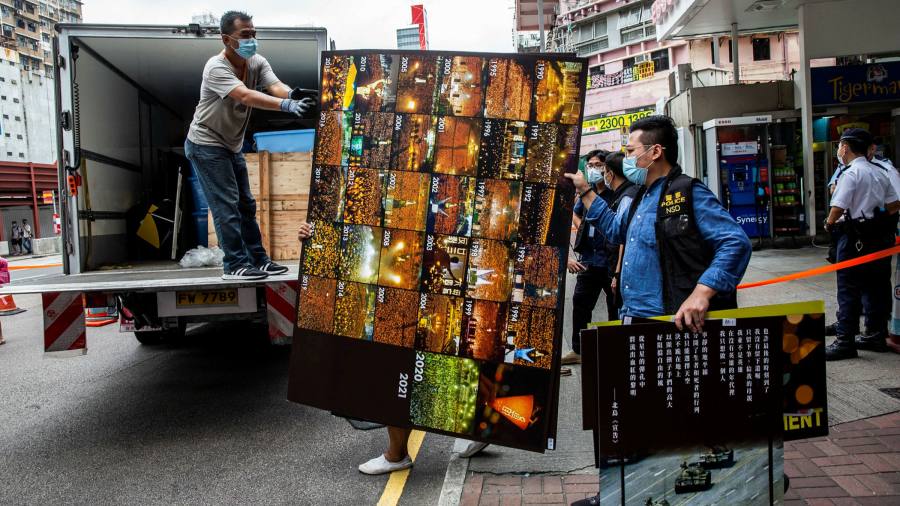 One day in the 1990s, when Chris Patten, the last British governor of Hong Kong, was checking into a psychiatric hospital as part of his civic duties, he was accosted by a patient demanding to know “why your democracy grants Hong Kong Kong, a fine and free city, into a communist society without ever consulting the people who live here about what they want? Here, a sad Patten recounts in his diary, was “the sanest man in Hong Kong locked up in a hospital for the mentally ill.”

As Patten discovered to his cost, the UK’s dilemma over its colony of Hong Kong, which it ruled for 150 years and eventually returned to China in 1997, had worsened after the bloody crackdown on protests from Tiananmen Square in Beijing in 1989.

But for Hong Kong’s 7.5 million people, Chinese rule has proven to be a far bigger existential problem than the diplomatic embarrassment it posed to the British. After Patten’s handover and departure, and especially after the ruthless Xi Jinping came to power in 2013, the Communist Party has become increasingly dominant in suppressing Hong Kong’s freedoms and undermining autonomy supposedly guaranteed for 50 years by a treaty with the British.

Two accounts of events in the city, both recently published but whose writing is more than two decades apart, painstakingly observe how China has broken its promises – first insidiously and gradually, then openly and suddenly – and the impact on the lives of Hong Kongers.

Patten’s diaries of his frustrating but rewarding time as governor cover the years from 1992 to the handover in 1997. Ho-fung Hung City on the edgean academic study of Hong Kong under Chinese rule since then dates back to the 12th century but focuses on pro-democracy protests in the run-up to the 2020 National Security Law that ultimately extinguished the city’s autonomy.

Patten, who was chairman of the Conservative Party and had just lost his Bath seat as an MP in the 1992 election when he was presented with the Hong Kong consolation prize by Prime Minister John Major, is a genial and self-deprecating companion in the years leading up to the handover, a period of which he speaks in his memoirs East and West.

Famously branded by China as ‘a sinner for a thousand years, a prostitute and a triple offender [of the 1984 Sino-British Joint Declaration]he gives as well as he gets, describing the Chinese leadership at the handover ceremony on his last day in Hong Kong as “the coelacanths of Leninism, rich, powerful, a bit seedy, cruel, corrupt, a depressing sadness”. In his preface, he writes that subsequent events turned out to be “a story of broken promises and totalitarian vandalism.”

But he reserves particular venom for British and Hong Kong business leaders – “creeps” and “toadies” – and British diplomats who have consistently undermined his attempts to stand up to Beijing and secure a better post-1997 deal for Hong Kong. . The bad guys are such men as David Young of Cable & Wireless (a company that is “kowtowing” on its “incompetently path to disaster”), William Purves of HSBC and, of course, the “smart, vain, acerbic “Percy Cradock, former British Ambassador. in China.

Heroes and heroines include the formidably capable Anson Chan, whom Patten chose to lead his administration, irreverent entrepreneur and newspaper founder Jimmy Lai (now imprisoned), and businessman and adventurer Simon Murray, as well as the often underestimated John Major and his Foreign Secretary. , Malcolm Rifkind. Like Patten, they all tried to defend or at least understand the interests of Hong Kongers.

Along the way, the reader is treated to pen-and-ink portraits of everyone from a domineering yet refreshingly libertarian Margaret Thatcher to “slightly sinister, longtime communist disloyalty” CY Leung, who went on to serve as director General of Hong Kong. The face of French Prime Minister Édouard Balladur “flows into his suit like a melting candle”.

During his diaries, Patten argues persuasively that for Britain or any other country, abandoning liberal principles and caving in to the demands of the Chinese Communist Party at every opportunity brings no political or commercial advantage. The trade and investment statistics he cites for the last decades of British rule indeed suggest that there is little correlation between crawling and actual rewards for business.

But the question remains whether any negotiator, no matter how skilful, could have avoided China’s decision to undermine and ultimately destroy the autonomy and freedoms set out in the treaty and in the Basic Law, the mini-constitution from Hong Kong. You don’t need a law degree to understand that imprisoning Democratic politicians and forcing newspapers to close are flagrant violations of the Basic Law guarantees of free speech, freedom of the press and freedom of association.

There was a telling moment less than a year before the handover when Qian Qichen, the foreign minister deemed by Patten to be one of the most reasonable interlocutors on the Chinese side, claimed in a press interview that he there will be more vigils in Hong Kong to commemorate Tiananmen and no more criticism of Chinese leaders once Beijing takes power. As US diplomat Morton Abramowitz had prophetically told Patten the year before, “hardly anyone believes this nonsense” about China’s observance of the Basic Law.

In City on the edgeHung, a professor of political economy at Johns Hopkins University, offers a richly researched and colorful history of Hong Kong’s political movements, including the Communist Party’s early ties to the democracy movement that were severed by protests by Democrats of Hong Kong after Tiananmen.

Hung also explains how Beijing’s repeated attempts to crush dissent since the transfer have ended up fueling resentment and promoting the very independence movement he feared. “Beijing has always viewed Hong Kong in light of historical precedents for absorbing other pre-existing states into its border regions, such as Tibet,” he writes. But he was still surprised by the overwhelming support of the people of Hong Kong for anti-Beijing protesters, even after protests turned violent in 2019.

“China’s decision [in 2020] imposing the national security law as a pre-emptive strike against a perceived revolutionary situation in Hong Kong amounts to the premature end of “One country, two systems” [the formula for autonomy] 27 years before the 2047 deadline,” writes Hung. “The cost of this decision for China could be severe,” he concludes, at a time when the United States is already seeking to curb Beijing’s technological and strategic ambitions and when China still benefits from Hong Kong’s role as a as an internationally connected financial centre. 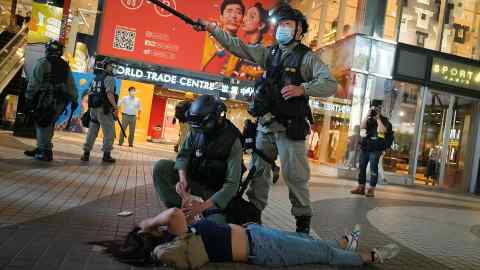 Patten is just as direct. “No one can now claim that they do not understand the reality of Chinese Communism,” he wrote in an afterword to the newspapers, “and surely no one can base their approach to China on Cradock’s proposition that while Chinese leaders can be thugs, they are men of their word.

Over the last week of June, FT writers and critics shared their favourites. Some highlights were: