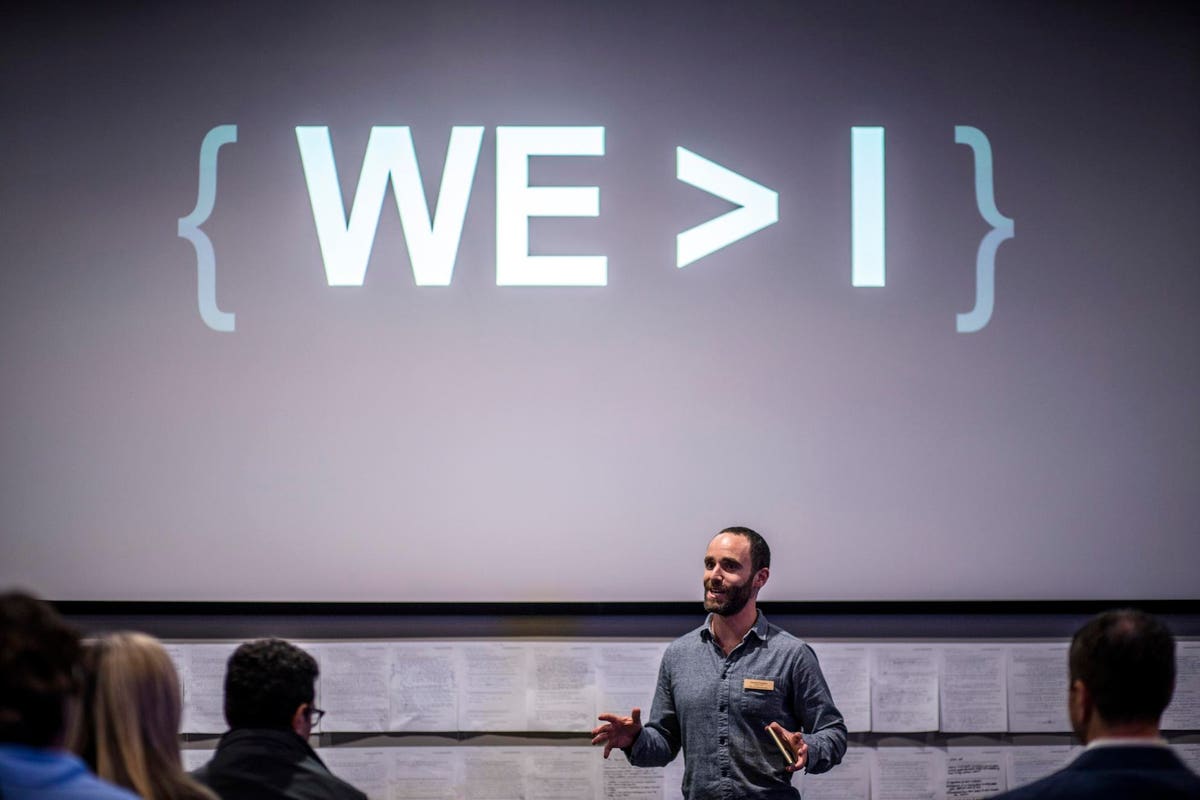 I have long been fascinated by the Unreasonable group, an investment house that builds a unique â€œecosystem for goodâ€ that encourages entrepreneurs to tackle some of the world’s greatest challenges.

Via the Unreasonable scholarship, they actively support nearly 300 growth-stage companies that have raised more than $ 6.5 billion in funding, generated more than $ 5.4 billion in revenue, and have a measurable and positive impact on the lives of more than 720 million people in over 180 countries.

To help them scale up their efforts, they’ve teamed up with institutions and multinationals, such as Barclays, Accenture, Pearson, Nike, J&J, and the US State Department, who believe solving the world’s toughest problems is not only a moral imperative, but also an unprecedented financial opportunity.

They also recently launched the Unreasonable collective – an invitation-only community for individual investors looking for opportunities at the intersection of advanced technology, impact and financial returns.

To learn more about this unique entity, I met Daniel Epstein, founder of Unreasonable, Christiana Musk, chairman of the board, and Pratibha Vuppuluri, head of investments.

Afdhel Aziz: Daniel, let’s start with you. What was your inspiration for creating Unreasonable?

Daniel Epstein: In college, I studied philosophy and learned that ultimately it’s the discipline to question, deconstruct, and rebuild your world. Philosophy ultimately led me to work on Unreasonable. Founding Unreasonable was based on a simple observation: capitalism, as we know it today, is only a tool. In the same way that a hammer is a tool and can be used to destroy a house or to build a house, capitalism – as the most powerful tool of modern times – when properly used, can be used to profitably create a fairer future.

Taking this conviction to heart, I launched my first startup at 18. In college, I ended up starting three companies and all of them used for-profit business models to solve problems typically delegated to the nonprofit sector. I wanted to make the company a tool for transformation. Ultimately, the genesis of Unreasonable was due to the fact that I felt like a misfit and wanted to take refuge among other misfits – entrepreneurs reckless enough to believe they can solve pressing global problems, but so determined and determined that they won’t stop until they do. To be honest, when I founded Unreasonable I was running two more companies and had no interest in running Unreasonable for the long term.

Two years later, I became addicted to leverage, not from a financial point of view but rather from an impact point of view. Yes, I could start a number of businesses in my life as an entrepreneur and if I was lucky maybe one or two of those businesses would have a positive impact on 10 million lives. Or, I could focus my efforts on Unreasonable and as an organization we could strive to become the most effective business and community with our time dedicated to supporting the growth of entrepreneurs already having a positive impact on the front lines. . Today, the companies we support through the Unreasonable Fellowship dramatically improve the lives of over 720 million people in almost every country and territory around the world. They have collectively raised over $ 6 billion in funding and many – I believe – have the potential to become future titans of the industry.

Aziz: It’s an amazing trip, thanks for sharing. So how would you describe Unreasonable and what it does?

Epstein: It is unreasonable to reorient capitalism. We are a company dedicated to supporting a lifetime international scholarship for growing entrepreneurs. We channel proprietary transaction streams to over a thousand investment funds and partner with institutions to discover profits by solving pressing global issues.

In a nutshell, what we are doing is building a community among entrepreneurs, institutions and investors to cost-effectively solve pressing global problems.

Aziz: You are really building a â€œThe ecosystem for good. And what are your future aspirations as to what that can be?

Epstein: We envision a world in which the most valuable, influential and sustainable companies are those that solve humanity’s most pressing challenges. To play our part and ensure that this is the direction in which capitalism is moving, our job at Unreasonable is to demonstrate to the world that you can not only do well by doing good, but that you will outperform the market by orienting your business and your investment in solving the most significant problems of the 21st century.

If we are to act as a catalyst in the evolution of world markets, we must think big. My aspiration is that Unreasonable, in a measurable and attributable way, shifts a trillion dollars over the next 30 years into businesses operating at the intersection of regenerative economy, inclusive business and profit. I imagine that the companies we support under the unreasonable scholarship will not only be the most valuable companies of our time, but they will make a significant difference in the lives of billions of people around the world – making sure to what the future of healthcare, education, renewable energy, financial inclusion, protein synthesis, etc. are made accessible to everyone, everywhere.

We are reorienting capitalism and the only thing I am sure of is that we cannot do it alone. Yes, we are an investment firm and yes, we have a global exchange for growing CEOs; but above all, we are a community rooted in shared values. My aspirations for the future are that we are not only investing a trillion dollars in businesses creating a better future, but that we have also built the most connected, vulnerable, powerful, inclusive and influential global community in a generation – a diverse community of individuals dedicated to creating tangible, lasting and intercontinental change.

The community that lies at the heart of Unreasonable is our competitive advantage – our partners like Barclays and Accenture, the hundreds of individual investors who are members of Collective, our mentors, our team, and especially the Unreasonable scholarship recipients – without this community, Unreasonable would not be unreasonable. This community is at the heart and at the center of my ultimate aspirations for the future towards which we are heading.

For Part 2 of this story, featuring Christiana Musk, Chairman of the Board of Directors and Pratibha Vuppuluri, Head of Investments, please click here.

ESCALON MEDICAL: EXAMINATION AND ANALYSIS BY THE FINANCIAL SITUATION AND RESULTS OF OPERATIONS DIRECTORATE (Form 10-K)