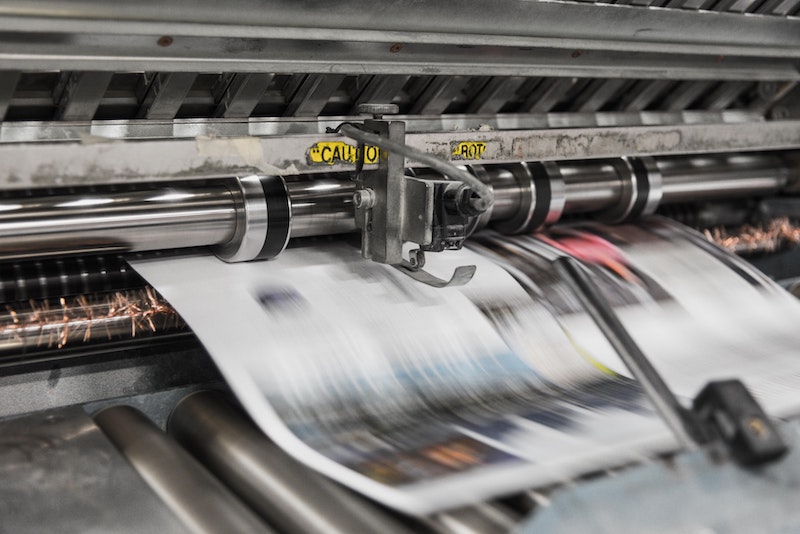 I PUBLIUS: out of print

Everyone should be aware of the tragedy that befell the print media in the United States. It’s a shame, but the facts are the facts. The newspapers are really in trouble. It is clear that the future is for on-line (non-paper) information operations. My very good friend Rex Smith, former editor of the Albany Times Union and host of the WAMC Media Project, raised the issue of support for paid newspapers. you, the taxpayer. He seems to think that the only way local newspapers can survive is for the government to fund them. He has a point. With the cost of newsprint and journalists’ bills, as well as the administrative superstructure of a newspaper, newspapers have closed across the country. Frankly, this is a journalistic disaster.

Following this downward trend, newspapers and their friends came up with a new idea that actually made its way into the reconciliation bill currently before Congress. They argue that the disappearance of the local newspapers has left us all with no place to go that can tell us about the news at a very local level. This is all true. Newspaper owners are now suggesting that the reconciliation bill could provide a payroll tax credit that would help pay journalists and others who work for newspapers.

There is a real danger here. I fully understand that newspapers deserve support and a breath of fresh air to keep them alive. The bad part of this idea is that the newspaper industry turns to our members of Congress for this help. This means that the newspapers will be in debt to the very powerful people who, they keep telling us, should keep up to date. I fully understand how important staying alive is for newspapers, but it is a dangerous idea.

Of course, newspapers are very powerful in themselves and our elected officials are unlikely to discuss this resuscitation plan if, as the old saying goes, “they know what is good for them”. But hey, we’re talking about your tax dollars going to the people who own and operate newspapers, some of whom are quite wealthy themselves. Why should we pay for-profit businesses with our tax coffers?

OK, so I run a public not-for-profit radio station. When I die, I cannot and will not leave the station to my heirs. The owners of these newspapers can, and in some cases, will do just that. Some newspapers are turning into non-profit organizations. It is very good; then give them the money. Public radio and television stations receive public support, but they are not-for-profit entities. So when newspapers become not-for-profit, I would be very supportive of this kind of big help.

The First Amendment to the United States Constitution guarantees freedom of the press, but it does not guarantee a good standard of living for the people who run the newspapers. In at least one recent case, a public broadcaster bought a local newspaper. That would be an appropriate way to proceed. In some cases, local newspapers have run editorials, specifically calling on our national lawmakers to support the legislation. It’s a conflict of interest. Not only that, they actually appoint senators and representatives who have yet to sign their bills and call on them to do so.

We lost a lot of small, very fine papers. Some of them boasted of bustling newsrooms with plenty of reporters. If the government begins to offer direct financial support, what guarantees that recipients will use the new funds appropriately? It’s a bad idea.