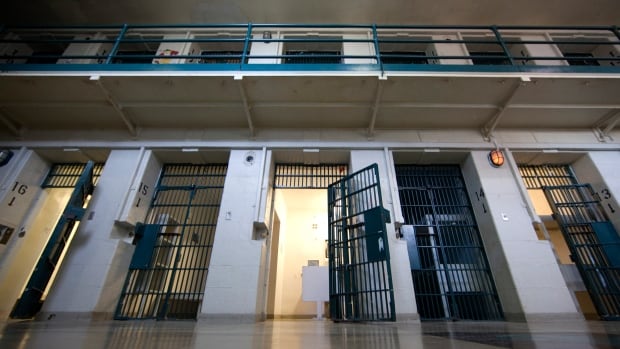 Indigenous women now make up nearly half of the female prison population in federal prisons, according to a new report from Canada’s Correctional Investigator.

Aboriginal people represent approximately 32% of the federal prison population, although they represent less than 5% of the total population. Indigenous women make up 48% of the population in women’s prisons.

“It’s just a trend always, year after year, in the wrong direction. And that regardless of what various governments have done,” he said.

The Indigenous prison population has grown by about 18% over the past decade, while the number of non-Indigenous inmates has fallen 28% over the same period, according to Zinger’s report.

Cree lawyer Eleanore Sunchild said the increase in numbers is disturbing but not surprising because she does not believe the Canadian justice system views Indigenous peoples as “human beings.”

“These numbers only reflect the ongoing systemic racism and the battle our people face in the criminal justice system,” she said.

Although the percentage of non-Indigenous offenders has declined, Zinger said, there has not been a corresponding drop among Indigenous inmates, as they are more likely to serve longer portions of their sentence and are less likely to get parole or parole.

In an emailed statement, the Correctional Service of Canada (CSC) said it shares Zinger’s concern and highlighted a number of initiatives he is undertaking, such as healing lodges that offer services culturally. appropriate for Aboriginal offenders.

â€œWe are making progress, but recognize that there is still work to be done. CSC will continue to work with its partners in the criminal justice system and Aboriginal communities to support the rehabilitation of Aboriginal offenders, â€the release said.

But Zinger and a number of lawyers have said the government needs to go much further.

In the 10 healing lodges operated in part by CSC, there are only 200 places available. Zinger said that was not enough and that the lodges needed more funding.

Marion Buller, who was chief commissioner of the National Inquiry into Missing and Murdered Indigenous Women and Girls, echoed Zinger’s point.

The final report of the inquiry made 13 recommendations to address the over-incarceration of Indigenous women, including calls for more Indigenous-led, culturally appropriate rehabilitation programs.

Prior to joining the Red Chamber, Senator Kim Pate was Executive Director of the Canadian Association of Elizabeth Fry Societies, which works on issues affecting women in the justice system.

She said the government must also examine the underlying causes of the overrepresentation of Indigenous people in federal prisons.

â€œJust putting in more native programs and services, or saying you’re doing that – and a lot of it has been performative anyway – isn’t going to solve the problem,â€ she said.

Justice Minister David Lametti cited the recently tabled Bill C-5 – which would reduce a number of mandatory minimum sentences in the Criminal Code – as a tool to tackle the overrepresentation of Indigenous people in the prison system.

â€œC-5 is an important step in addressing the distressing statistics in the Correctional Investigator’s Report,â€ Lametti said in a press release.

But Pate said the government needs to go further and give judges more discretion over mandatory minimum sentences in cases involving Indigenous offenders.

Sunchild said the government needs to put more emphasis on so-called Gladue reports – sentencing and bail hearing reports that educate judges about the backgrounds of Indigenous offenders, including trauma cases.

â€œThe prisons are full of Indigenous people who are residential school survivors, or children of survivors,â€ she said.

Zinger said he was optimistic the government would start making meaningful changes. He pointed out that Lametti’s mandate letter – his Prime Minister’s marching orders – instructs him to tackle the over-representation of Indigenous people in prisons.