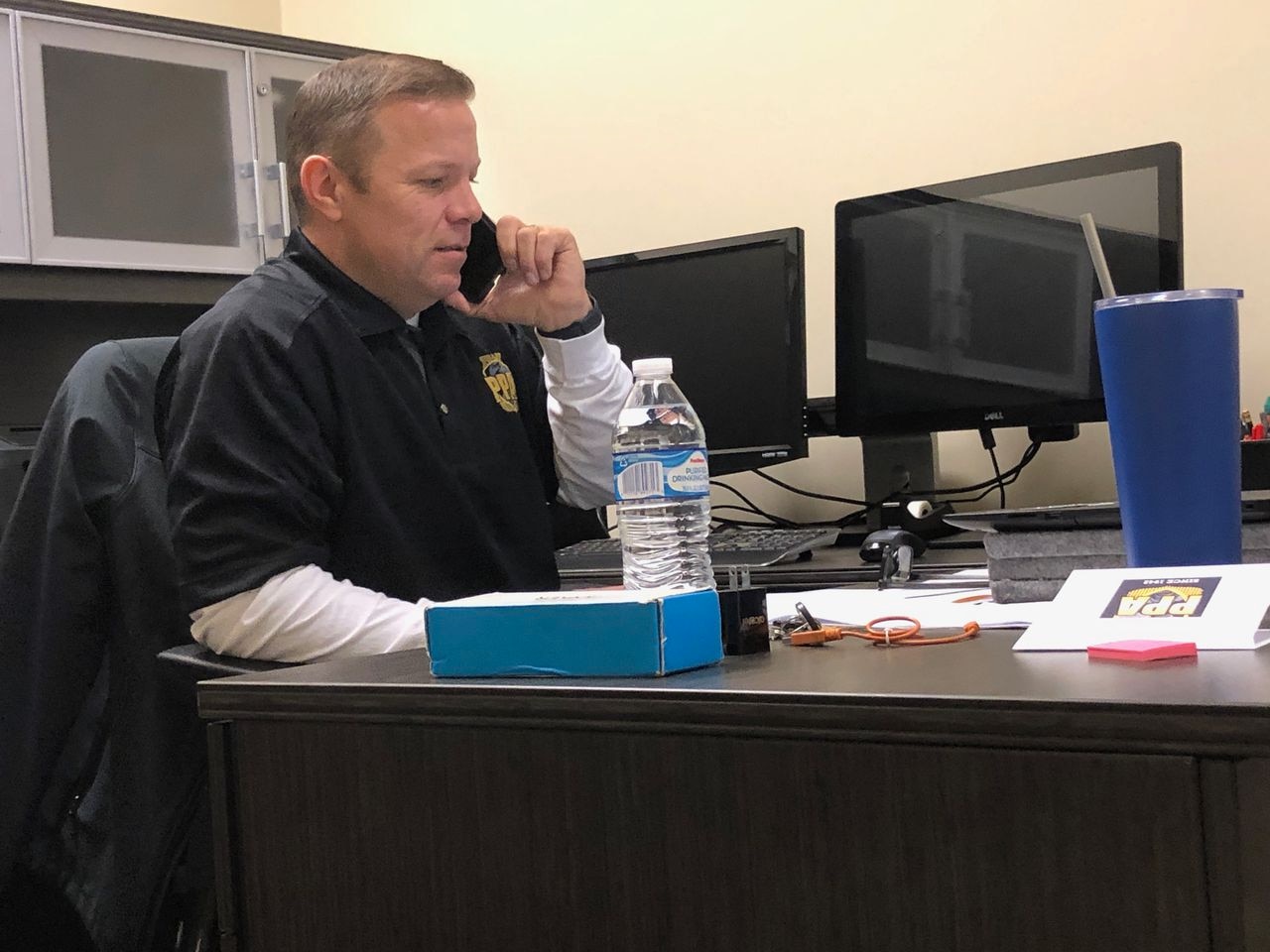 An internal Portland Police Bureau investigation confirmed that an officer and former police union chairman leaked news of a traffic complaint against City Commissioner Jo Ann Hardesty to a reporter from The Oregonian / OregonLive in retaliation for criticizing the officers, according to a document released Thursday.

Police quickly discovered that a woman’s report that Hardesty hit her car in traffic and did not stop was a case of mistaken identity.

Oregon Public Broadcasting first reported on the findings of the internal investigation into how the media discovered the traffic complaint. The media received an October letter of Home Affairs, Lt. Scott Konczal after the media filed a request for public registration.

According to the letter, Brian Hunzeker, then president of the Portland Police Association, “released confidential information to the media in retaliation for speaking negatively to you about the Portland Police Bureau officers,” Konczal wrote to Hardesty.

Two other officers – Kerri Ottoman and Ken Le – also disclosed information about the investigation to others in violation of department policy, internal investigators have found.

According to the internal investigation, Hunzeker provided information to The Oregonian / OregonLive during a phone call and then provided a screenshot of an emergency call log that showed the motorist’s report.

The internal affairs letter confirms for the first time that Hunzeker disclosed the information as an act of retaliation against Hardesty.

“There were many reasons that Officer Hunzeker cited as the determining factors he shared the information and one of those factors, he admits, was in response to Commissioner Hardesty’s false claim that officers allegedly set ablaze during the civil unrest, â€said Kristina Jones, northern district commander. wrote. The internal affairs investigation was submitted to the city’s Police Review Board in October.

In July, Hardesty said she did not believe the Portland protesters were setting fires in the city and that it was “police action”. She also said that the police sent “saboteurs and provocateurs” into the crowd to justify their use of force. Hardesty quickly apologized for her statements after encountering stiff opposition.

Newsrooms generally do not reveal their sources, other than those they have published. As The Oregonian / OregonLive previously reported, reporter Maxine Bernstein received several reports that Hardesty had been named a suspect during a non-urgent call to police.

After receiving the information, Bernstein immediately contacted Hardesty, then verified with the police office and the mayor’s office that, in fact, Hardesty was under investigation into the alleged hit-and-run. Bernstein then contacted Hardesty through his office, obtained the commissioner’s statement denying any involvement, and included it in his article, published around 11 a.m. on March 4. The Oregonian / OregonLive article was updated throughout the day, including an update to remove an erroneous reference to the victim reported hit and run car license plate.

On the same day, Hardesty was ruled out as a suspect in the accident. The actual driver was a black woman who lives in Vancouver, police and prosecutors have said.

The allegation naming Hardesty was also published that morning by PJ Media, which describes itself as conservative, and on the Facebook page of the Coalition to Save Portland, a political action committee linked to the city’s police union. .

According to the internal police investigation, Ottoman was behind the March 4 leak to Gabriel Johnson, co-founder of the Coalition to Save Portland. Le was found to have leaked the information and a screenshot of the call log to a friend who works as an emergency dispatcher, the letter said, both violating departmental policy.

The investigation did not reveal that race was a motivator for the leaks, according to the letter.

It was not clear what disciplinary action, if any, Hunzeker, Ottoman or Le might face. The internal affairs investigation was submitted to the city’s Police Review Board in October. Once the investigation is complete, this panel will forward the information to the Chief, in consultation with Mayor Ted Wheeler, who acts as the city’s police commissioner. They will have 10 days to make a final decision on the case, depending on city policy.

Sgt. Kevin Allen, a spokesperson for the police bureau, said that despite the letter’s publication, the internal affairs investigation is ongoing and no disciplinary action has been taken.

Earlier this month, Hardesty filed a $ 5 million lawsuit against Hunzeker, Ottoman, the police union and the city.

On March 3, a woman named Evelyn Ellis called the Bureau of Emergency Communications hours after saying she was involved in a minor hit-and-run accident with a black woman. Ellis told dispatcher, who is not identified in the lawsuit, that she “swore on her life” that Hardesty hit his Toyota Corolla, leaving a centimeter circle on the bumper, the lawsuit says .

The dispatcher relayed the story to a colleague in violation of city policy, calling the information “Juicy Juicy,” according to the lawsuit. The dispatcher’s colleagues warned the report could be wrong, but the dispatcher said, “Don’t be a crankâ€¦ in my head, that’s right,” the lawsuit alleged.

The lawsuit also alleged that Hunzeker contacted a stranger reporter for The Oregonian on the evening of March 3 or the morning of March 4 to say that Hardesty had engaged in criminal activity and provided a screenshot of the non-urgent police call. Hunzeker’s alleged actions violated both state law and city policy, according to the lawsuit.