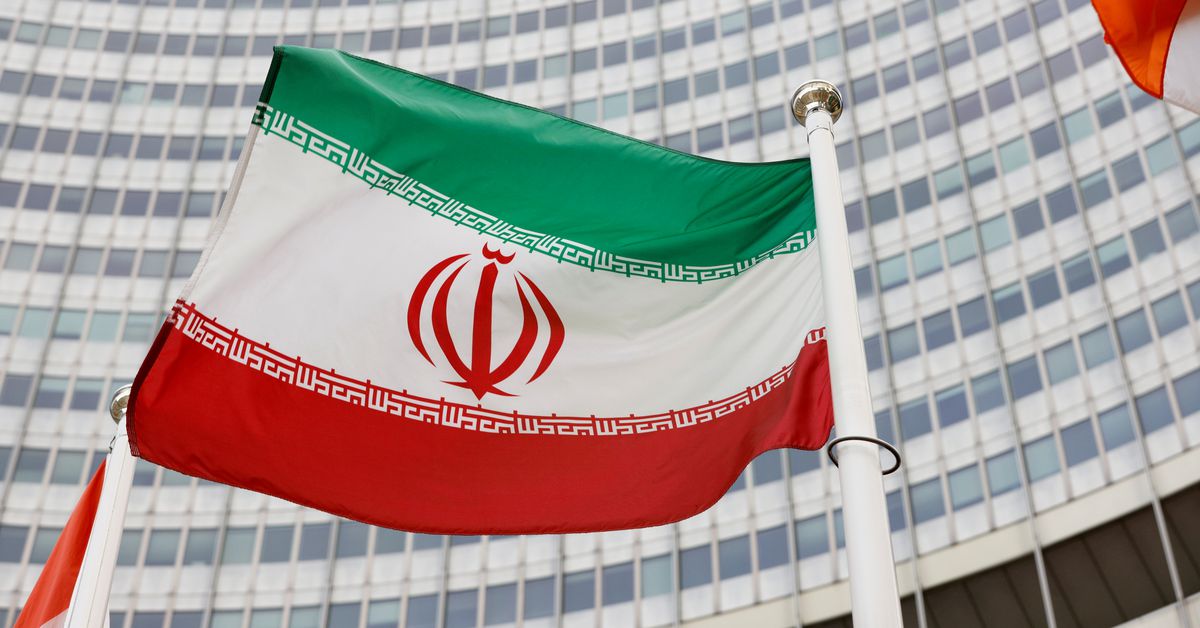 The Iranian flag flies in front of the headquarters of the International Atomic Energy Agency (IAEA), amid the coronavirus disease (COVID-19) pandemic, in Vienna, Austria, on May 23, 2021. REUTERS / Leonhard foeger

VIENNA, September 26 (Reuters) – The UN nuclear watchdog said on Sunday that Iran had not fully honored the terms of a deal reached two weeks ago to allow inspectors of the oversight body to maintain surveillance equipment in the country.

“(IAEA) Director General (Rafael Grossi) points out that Iran’s decision not to allow the agency access to TESA Karaj’s centrifuge component manufacturing workshop is contrary to the agreed terms of the joint statement released on September 12, “said the International Atomic Energy Agency. in a report.

The September 12 deal, reached on the eve of a meeting of the IAEA Board of Governors, made up of 35 countries, meant that Western powers had chosen not to seek a resolution criticizing Iran at that meeting. , because the memory cards in the equipment would be replaced just as they were due. to fill. Read more

Iran’s envoy to the IAEA said on Monday that the director general’s report was not accurate and went beyond the agreed terms of the joint statement.

“Any decision taken by Iran on surveillance equipment is based only on political rather than legal considerations and the Agency cannot and should not consider it as one of its rights,” Kazem Gharibabadi said. on Twitter.

A resolution could have killed hopes of resuming broader talks on relaunching the Iran nuclear deal, as Iran generally bristles with such moves and its hard-line new president Ebrahim Raisi has said he is ready to return to the negotiating table but not under Western “pressure”. Read more

â€œDuring discussions in Tehran and Vienna, Iran indicated that, since the Tessa Karaj complex is still the subject of security and judicial investigations, the equipment related to this complex is not included for maintenance. . This is why the phrase â€œidentified equipmentâ€ was used in the â€œJS,â€ Gharibabadi said.

Iran from September 20 to 22 authorized IAEA inspectors to maintain control and surveillance equipment identified by the agency and to replace storage media at all necessary locations in Iran, except of the TESA Karaj complex centrifuge component fabrication shop, â€the IAEA statement added. .

This workshop was the victim of apparent sabotage in June in which one of the IAEA’s four cameras was destroyed. Iran has not returned the â€œdata storage mediumâ€ for this camera, and the IAEA said in a report this month that it had asked Iran to locate it and explain itself. Under the agreement, the IAEA was to replace its cameras. Read more

South Jersey Industries (NYSE: SJI) appears to be using a lot of debt