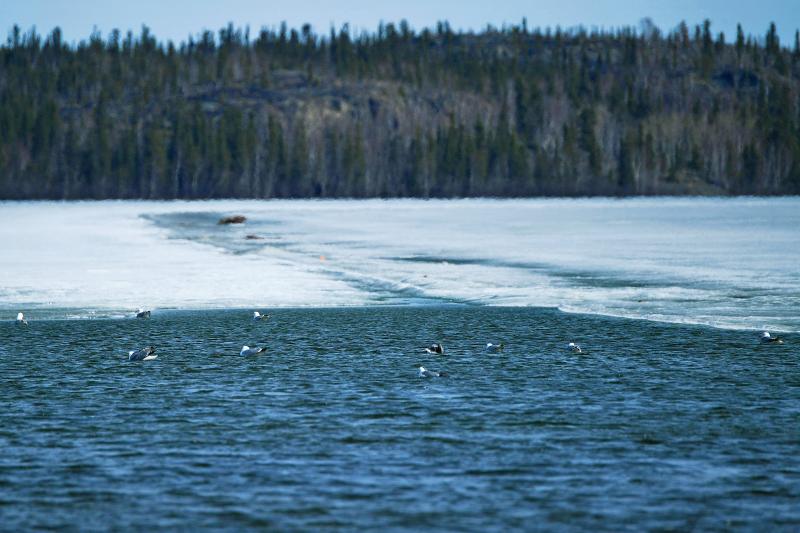 GLOBAL WARMING:
Climate change issues have been sidelined as the world focuses on the conflict in Ukraine and the COVID-19 pandemic

The oceans experienced their most striking extremes when the WMO detailed a series of unrest caused by climate change in its annual report on the state of the world’s climate.

“Our climate is changing before our eyes. Heat trapped by man-made greenhouse gases will warm the planet for many generations to come,” WMO Secretary-General Petteri Taalas said in a statement.

The report follows the latest UN climate assessment, which warned that humanity must drastically reduce its greenhouse gas emissions or face increasingly catastrophic changes in the global climate.

Taalas told reporters there was little airtime for climate challenges as other crises, such as the COVID-19 pandemic and the war in Ukraine, dominated the headlines.

Selwin Hart, UN Secretary-General Antonio Guterres’ special adviser on climate action, criticized countries for reneging on their climate commitments because of the conflict, which has driven up energy prices and prompted European nations to seek to replace Russia as an energy supplier.

“We are seeing … many choices made by many major economies that, quite frankly, have the potential to lock in a high-carbon, high-polluting future, and will put our climate goals at risk,” Hart told reporters.

On Tuesday, global stock index giant MSCI warned that the world would face a dangerous rise in greenhouse gases if Russian gas was replaced by coal.

Globally, the average temperature last year was 1.11°C above the pre-industrial average, as the world approaches the 1.5°C threshold above which the effects of global warming should become drastic.

“It’s only a matter of time before we see another hottest year on record,” Taalas said.

The oceans bear much of the brunt of warming and emissions. Bodies of water absorb about 90% of the Earth’s accumulated heat and 23% of carbon dioxide emissions from human activity.

The ocean has warmed significantly faster over the past 20 years, hitting a new high last year, and is expected to get even warmer, the report said.

This change would likely take centuries or millennia to reverse, he said.

The ocean is also now its most acidic in at least 26,000 years, as it absorbs and reacts with more carbon dioxide in the atmosphere.

The WMO has also listed extreme heat waves, wildfires, floods and other climate-related disasters around the world, noting reports of more than $100 billion in damage.

Comments will be moderated. Keep comments relevant to the article. Remarks containing abusive and obscene language, personal attacks of any kind or promotion will be removed and the user banned. The final decision will be at the discretion of the Taipei Times.