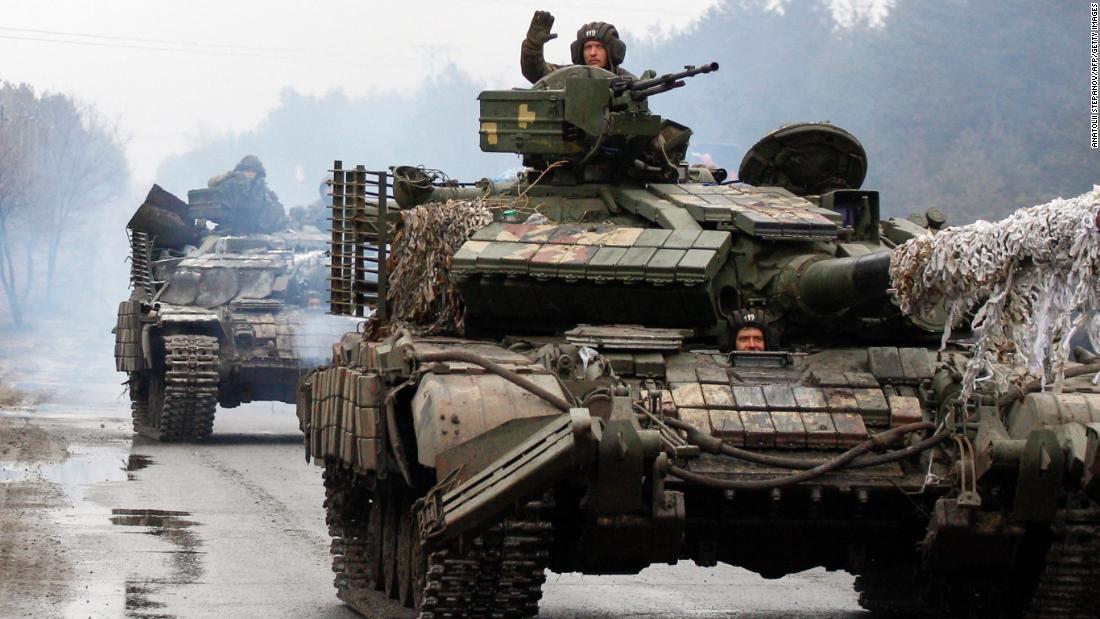 Russia’s invasion of Ukraine is facing “stronger than expected” resistance from the Ukrainian military as well as unexpected difficulties in supplying its forces, two senior US officials told CNN. direct knowledge.

On the battlefield, Russia suffered heavier losses in personnel, armor and aircraft than expected. This is due, in part, to the fact that Ukrainian air defenses performed better than expected in US intelligence assessments prior to the invasion. In addition, Russia has yet to establish air supremacy over Ukraine, a senior defense official said, as Ukraine’s air force and air defense systems battle for control of airspace.

Ukrainian air defences, including aircraft, continue to be operational and continue to engage and deny access to Russian aircraft in places across the country,” the official said.

Without uncontested control of the sky, it becomes more difficult for an army on the move to see and strike targets from the air.

Officials warn that this image of the battlefield is only a moment in time and that the situation on the ground could change very quickly as Russian forces continue their assault.

The Ukrainian military has a number of different anti-aircraft weapons, including radar-guided and heat-seeking missiles, as well as anti-aircraft guns, according to IHS Janes. The United States has also supplied Stinger anti-aircraft missiles in recent weeks, as have other NATO allies.

As of Saturday evening, the United States had seen no indication that the Russian military had taken control of Ukrainian towns, the official said, even as Russian forces moved to encircle some population centers, including the capital of Kiev.

It also proved difficult to supply the large Russian invasion force with fuel and ammunition. As a senior US official explained, Russia expected a quick victory and may have neglected to plan for sufficient resupply. Supply lines, the official explained, are a “definite vulnerability”.

What we are evaluating now is that [Russia] had to commit a little more logistics and sustainment, fuel in particular, than we think they had planned to do at the start of the operation,” one of the officials said.

Together, these challenges have so far prevented the rapid overthrow of major Ukrainian cities, including Kyiv, which US officials feared could happen within days. The city of Kharkiv, near the Ukraine-Russia border, also did not fall to the invading forces, which authorities say could happen on the first night of the invasion.

These officials warn, however, that Russian forces still vastly outnumber Ukrainian forces and that Russia continues to maneuver these forces into position around major urban centers. It is also unclear to what extent the slower movement can be attributed to the logistical challenge of moving such a large force.

Russia has made its slow advance into Ukraine a halt to allow time for negotiations, not a military setback.

On Saturday, the Russian Defense Ministry said its troops had been ordered to resume their offensive “in all directions”, after a suspension was ordered for negotiations with the Ukrainian government. The ministry said the offensive was ordered to continue after Ukraine abandoned consultations.

A Ukrainian presidential adviser denied in the early hours of Saturday that Ukraine had refused to negotiate.

“They have problems,” said a NATO official, pointing to the latest intelligence from the alliance. “They’re running out of diesel, they’re moving way too slowly and obviously morale is an issue.”

Asked about the likelihood of the Russians stepping up, the official said they had no choice.

“They’re way behind schedule,” he said. “It’s getting out of control for them, every extra day is very painful.”