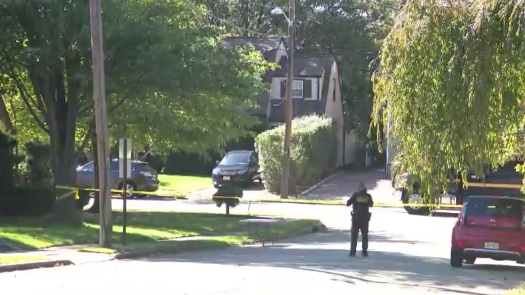 Suspect says “God told me to do it”

The Elmwood Park Police Department was first called to a residence on Beechwood Avenue after being alerted that a man was barricaded inside with a handgun. The appellant also indicated that an 81-year-old man was unconscious inside that house, according to police records.

At around 10:20 am Tuesday, Jason Vicari, 21, was released from the home and was taken into custody without incident. When asked by a member of the SWAT team if anyone else was inside the house, he replied “not someone alive”, according to the records.

Later, a member of the Bergen County regional SWAT team said he heard Jason Vicari say “God told me to do it” in the back of the ambulance he was sitting in.

Authorities found Ronald Vicari, 81, dead inside the Elmwood Park residence with an ax head located nearby, according to records.

While in detention, Jason Vicari said he believed the victim, his grandfather, was a monster and that “God told him he should change his religion”.

Neighbors in the normally quiet suburban New Jersey town were shocked and shaken after Tuesday’s incident.

“May God grant rest to the soul of man”: neighbors shocked after 81-year-old man is found dead in his home

“It’s totally – I’ve lived here my whole life, over 60 years, and never, ever has anything like this happened,” said resident Darlene Westervelt. “May God grant rest to the soul of man, you know?” I feel very bad for his family and everything that is going on.